The main thing I love about this industry is how creative carriers become in order to stay in the business.  The companies that try to hold their line and refuse to get creative, get pushed out of the market.  Obamacare has dealt a death blow to insurance carriers.  We hated to see many of the best, regional carriers—stable, great carriers like United Security Life– forced out of business.

The big boys have stayed in the health insurance game by constantly reinventing themselves—and I love this!

Carriers are taking a small hint of light in an almost closed door and creating a new plan that the government can’t touch.  I’m not saying I like all these plans, but I admire their ingenuity.

It requires an impressive will for these carriers to survive in this terrible market.

Short Term Medical (STM) has been a long-standing, rather generic plan. The plans didn’t cover pre-existing conditions, client bought plan for a short amount of time and it was cheap!  These plans were perfect band aids for those in between jobs or students.

Since the beginning of Obamacare, the government has been trying to shut down this industry favorite.  Although the Feds have been successful in tweaking STM—short term has survived!

What we are seeing now is the inception of 3x4 plans. Hmm, interesting idea—what does it mean and is it any good?  No one product is perfect for all people-never forget that.  What I like about these new short term plans is that a client can buy for a January 1 effective date and carry the plan for a year (yep, providing health coverage that is not ACA compliant but a heck of a lot cheaper than ACA). 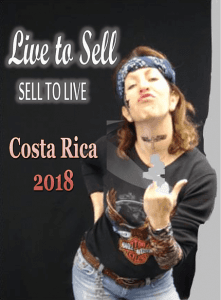 This sounds good—a solid plan that will be roughly 50% less than ACA.  Yes, your client will be subject to the penalty.  What doesn’t sound good and might not be a big deal to the client is that each quarter the client gets a fresh deductible and coinsurance amount.  Again, this might not be a big deal but needs to explained and understood.  The only time I could figure someone would fall into a situation like this would be with cancer.

You are already approved and your new preexisting condition of cancer is covered, but you will have a new deductible and coinsurance limit to hit before covered 100%.  Again, client has more testing and hits their deductible again in June; no problem as you have coverage, but you will be spending more out of pocket for this quarter.  I think you get where I am going with this.

This creative plan has holes, as most insurance policies do.

What is the solution? Add a critical illness plan to the short term.

Always plan for the worst case scenario or at least make a recommendation to the client as to what can happen.  In short, I love this industry. I love the creativeness that it offers all clients. If you see a hole in a plan—simply fill it.  Need more great tools—reach out to me. rebecca@gordonmarketing.com